Top Places With the Best Weather in Canada 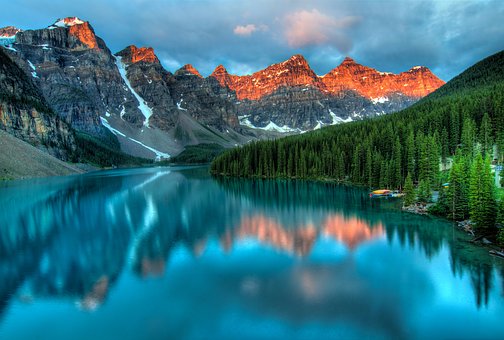 Find the best places with the best weather in Canada

As we said it already, the best weather means differently for each person. Although, warm weather is something that the majority of people are craving for, especially during the winter. When someone says Canada, it is associated usually with cold weather, so it is not really easy to find a warm city, but it is not impossible. Let’s see what are those places with the best weather in Canada:

These are the cities that are considered more or less the warmest ones in Canada. However, winters in these cities are still cold, somewhere very harsh so finding warm weather in Canada can be a challenge. Of course, Canada is huge, so it all depends on where are you looking at.

Canada and its summer

If you are moving to Canada with your family, they are probably the reason why are you looking for places with the best weather in Canada. As you already know, Canada is cold in general, but there are exceptions to this rule. For example, we have Vancouver that is worldly familiar for its beauty. Indeed, this city is a beautiful and fun fact about it, is that people rush to Vancouver during those harsh Canadian winters. There is a reason for that. Vancouver can show you some mild winters, and more often than not, the temperature rises above ten degrees Celsius. So, if you would like to have somewhat mild winters Vancouver may be what you are looking for, and it definitely goes under places with the best weather in Canada.

Victoria is very near to Vancouver; therefore, the weather is pretty much the same. You can say that weather conditions are somewhat similar to London. It can get rainy and cold, but it can also give you some joyful sun. Summers in Victoria is very suiting. Of course, again, it all depends on what type of weather do you consider as suiting and great. Summers in Vancouver and Victoria can provide our senses with the temperature around 20 degrees Celsius, so it is really nice to be there when the thermometer hits two-digit numbers.

Since we are talking about the places with the best weather in Canada, you are probably moving there, hence here you are because of that reason. Moving to Canada has so many perks to even count. If we have to mention one flaw, which is really hard we can say that it is cold there. However, cities mentioned above are the ones to consider if you are definite on finding the right city for yourself based on the weather conditions. Moving can be exhausting, and pretty stressful, that is why you should leave it to professionals, such as Lancaster movers. By having professionals taking care of the moving process, you can dedicate your time to everything else that a moving process demands from you.

Windsor is a city that has seasons. It is not cold all the time. It has warm summers. Not warm, as it is in Miami for example but warm enough to make you excited about the summer. However, there are warmer days in Windsor but, and there is always a but, it can get really humid. This is mainly because of the numerous lakes that Windsor has. This shouldn’t be a deal breaker, on the contrary, Windsor with its lakes has some beautiful scenery, and coffee early in the morning on a cottage terrace can be a dream come true.

Toronto as you probably know is the biggest city in Canada. Weather in Toronto is changing a lot during the year. Winters can be really cold, however, summers can be very comfortable with temperatures that rarely go above thirty Celsius and never lower than twenty Celsius. So, it is safe to say that if you pick Toronto as one of the places with the best weather in Canada chances that you will make a mistake are slim to none. So, enjoy in the biggest city in Canada.

Last for now, but not least we will mention Hamilton as one of the places with the best weather in Canada. Hamilton also has changed in weather and it is definitely not cold all year around. During summertime, Hamilton is a very nice city to be in. It has somewhat harsh winters, but if you like snow then you have it all here. However, it has to be known, that rainy days are more frequent than the snowy ones.

Canada is a lovely country and even though the first association is cold weather that is obviously not the case. These cities we have mentioned and many more, have a climate that you may like and enjoy it. Choose the city for you and have Brantford movers do the heavy lifting for you. Enjoy Canada as it is definitely one of the loveliest places on earth

Prev Living In The Suburb vs City: How to Choose?
Next Things to know before moving to Ancaster
Loading Comments...