Why are more and more people leaving Toronto for smaller pastures? 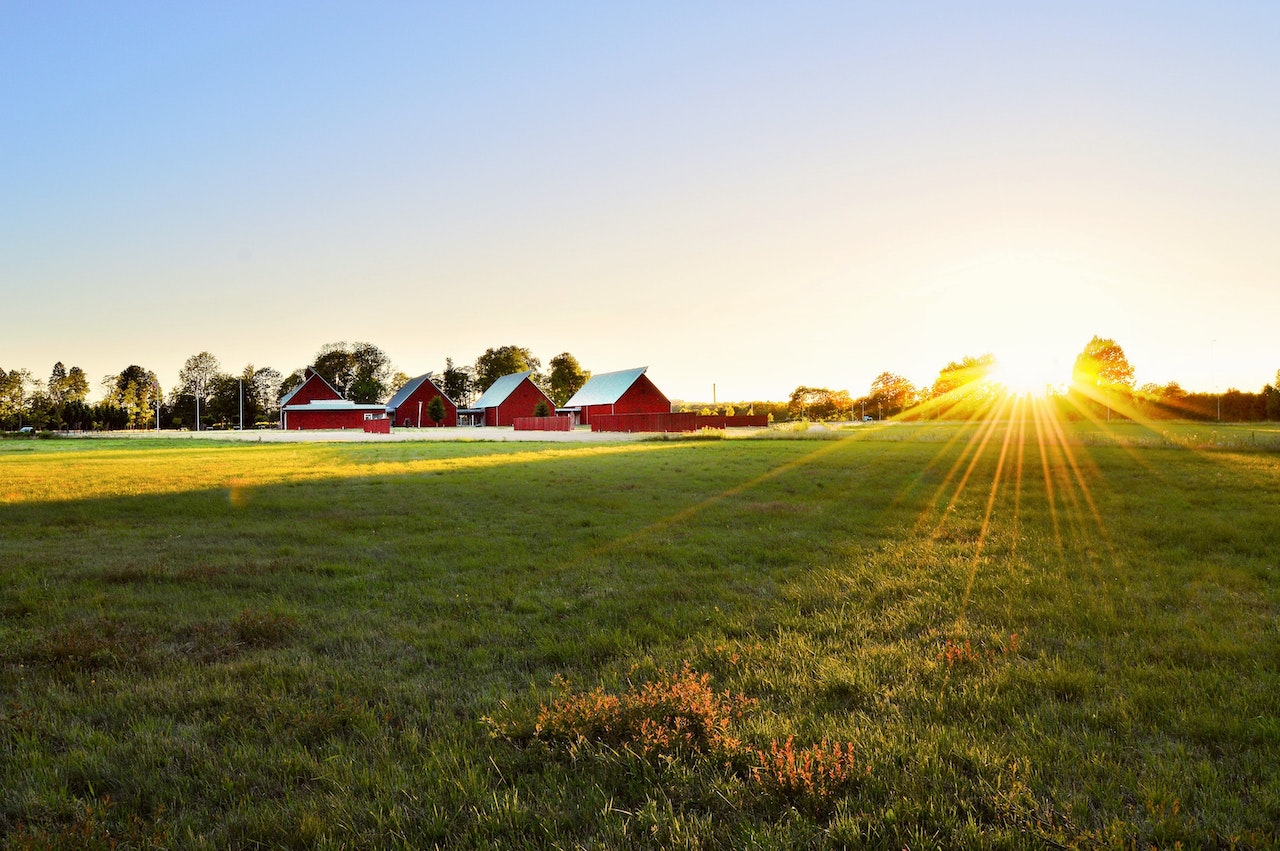 Ontario has lost a significant number of residents in the second quarter of 2022. About 49, 000 citizens left Ontario from April to June this year. This is a lot of people. However, there are lots of reasons why even more and more people are leaving Toronto for smaller pastures. Number 1 movers Van Lines has prepared an article on why people are leaving Toronto, so keep reading to find out more.

Expensive housing is one of many reasons why more and more people are leaving Toronto for smaller pastures. Toronto is notoriously known for its sky-high rents and expensive houses. Even just a small one-bedroom flat can cost over $1,000 a month. If you are looking for cheap rent, you will have to do lots of research and might never even find it. Lots of people who are single get together and rent rooms with roommates. If you’d like to buy a house in downtown Toronto, prepare to spend a million dollars.

Houses in other GTA areas like Mississauga are more affordable. However, these houses are way more expensive in comparison to the cities that are a couple of hours away from Toronto. If you are considering moving from Toronto to a smaller town to save on housing or rental costs, make sure to hire movers Vaughan ON to help you with the move.

The cost of living in Toronto is pretty high

It is not just housing that is expensive in Toronto. The overall cost of living in Toronto is high as well. From groceries to the internet, you will be paying a lot for almost everything in Toronto. Moreover, you should know that downtown Toronto has many residents. Therefore, even though you could find a few No Frills supermarkets in the area, there are more more expensive grocery stores such as Longo’s and Loblaws. Moreover, you can expect higher restaurant prices in Toronto than some other smaller cities. Keeping that in mind, you can count on help of local movers Toronto if you wish to move to a place with lower costs of living.

Traffic and transportation are not really good in Toronto

Another reason why more and more people are leaving Toronto for smaller pastures is transportation. Because Toronto is overcrowded, navigating through the citry can be a challenge. Even though the city has an 8-12-lane expressway, it takes an average of 65 minutes to commute. If this sounds a lot, it’s because it is – in fact, this commute time it the longest in province of Ontario.

In addition to the already costly monthly pass you need to travel from a region to region, parking is very expensive in Toronto if you own a car. It costs anywhere between $9 and $22 for a daily parking ticket. When you combine expensive parking, the 407 toll route, and the GO train, you will pay a lot for transportation. Despite the high connectedness with subways and routes, it takes longer to move around with public transport including trains. Traveling by Go train is also an expensive option, so many people decide to live in smaller cities instead.

It can be challenging to get around outside of downtown

As we mentioned before, downtown Toronto is an expensive place to live in. For this reason, many people are choosing to live on the outskirts of the city in North York, Scarborough, or Etobicoke. However, even though the suburbs are a bit cheaper to live in, public transport isn’t really good and people mostly use cars to get around quickly and easily. Either driving a car or taking public transportation, it takes about an hour to arrive downtown, and this is not a really good option. Using public transport causes TTC delays very often.

Moreover, car insurance is costly in the GTA. Depending on the area you live in, premium plans go anywhere between $2.250 and $2.590. In comparison to other provinces, drivers in Toronto pay a lot more for car insurance. However, a car is somewhat of a necessity for those who drive to work so they are not late, as public transport is slow.

There is always construction in Toronto, so more and more people leaving Toronto for smaller pastures is to be expected

Just like living in other big cities, living in downtown Toronto comes with living near construction. And for this reason, more and more people are leaving Toronto for smaller pastures. No matter the location downtown, there is always work being done somewhere. No matter if it’s a condo building or a subway. Because of cold winters, the pavement goes through a contracting and expanding cycle every year. This leads to big potholes.

Spring is usually called a “construction season” because this is the time when all road work starts again. This is quite prominent now because lots of major freeways in Toronto have started to crumble which means they will need to be renovated. Roads have reduced lanes which leads to massive traffic jams. Keeping that in mind, it’s not a surprise many people decide to avoid this mess altogether, and move to a smaller city.

The job market in Toronto is too competitive for newcomers

Even though there are blooming information and tech sectors that provide lots of jobs, the job market is competitive for everyone, especially for newcomers. Immigrants and internationals are at a disadvantage because they might require local working experience in Canada to have a chance at getting a job. No doubt, software engineers and other IT professionals can find a job with ease. However, immigrants are having trouble finding a job because they need local work experience.

In addition to newcomers having trouble finding a job, it’s not easy for locals either. There are many people with high education who are applying for the same positions, which means it can be tough to stand out from the crowd. The competitive job market is one of the reasons why more and more people are leaving Toronto for smaller pastures. If you are thinking of moving your business out of Toronto, make sure to hire office movers Toronto to help you with that.

In comparison to childcare costs in other Canadian cities, Toronto’s costs are some of the highest. These high costs can make it hard for young families to have a comfortable life in Toronto. Even though the government provides some child benefits, they don’t cover the total cost of childcare. A full-time spot for a toddler in Toronto costs about $1,600. So if you have a kid, it might be a good idea to hire long distance movers Toronto and move to a place that has cheaper childcare.

The city is crowded

Life in Toronto means dealing with high traffic congestion. This is especially true for those who drive on the highways often and those who drive in the downtown area. Even though Toronto is a large city, its infrastructure isn’t built to handle the population that keeps growing. During rush hour, the subway and TTC come often.

However, this doesn’t mean that the city is not overcrowded to the point where you will have to wait for trains and cars to pass by. Those who live in the Toronto suburbs take double or triple the amount of time it usually takes. On the other hand, it might be a problem if you are working or going somewhere at odd hours, but traveling at 9 am and 5 pm takes lots of time and stress.

The city council of Toronto voted to approve an increase in the levy of property taxes. The taxes already increased by 1% in 2020 and 2021. In addition, the taxes will increase by 1.5% from 2022 until 2025.  This is going to add a cumulative increase of 10.0% in 2025, which means that the taxes could go up to $280 starting form that year! MOreover, the tax increase will mean an increase in housing as well as other costs. However, these extra taxes are going to fund a new 10-year affordable housing plan.

Summers are hot in Toronto

If you’ve ever heard of the phrase “It’s not the heat, it’s humidity,” you know that it applies to Toronto. With all the concrete reflecting the sun, summers can be quite hot in the Greater Toronto Area, especially in the city center. The humid summers of cities that are near to Great Lakes, such as Toronto, even surprise newcomers to the country because Canada is supposed to be cold, right? But that is the thing about Toronto. You will need to be ready for humid summers and cold and long winters. However, in some years, you may get lucky and experience a long autumn or spring.

At the same time, Toronto winters are cold and long

For those who enjoy cold weather and winter sports, the Canadian winter is fantastic. However, it’s also the reason why people are moving from Toronto to places with mild winters. On average, winters in Toronto are chilly and cold, reaching as low as -30 degrees Celsius. Additionally, in the winter Toronto experiences arctic gusts around high buildings and a lot of wind. In contrast, British Columbia and Nova Scotia have milder winter conditions than Toronto.

Winters also bring frozen water and cold air that makes your skin hurt. In addition to unpleasant experiences, discomfort, headaches, and spending more money to stay warm, there are also fewer social activities during the winter compared to the summer. If the winters in Toronto are too cold for you, you can hire long distance movers Canada and move to a city that has mild winters, like Alberta, for example.

For those who choose cycling as their preferred mode of transportation, Toronto’s bike lanes are not really good at all. There are a couple of safe bike lines on Queens Quay and the Waterfront Trail. However, anywhere else, cycling can be quite dangerous. Those who are living in downtown Toronto know that almost everything is close to them, which means they run their errands on a bike. However, there are many lanes that were added when cycling became more popular a few years ago, but they are unsafe. They are either located in parking areas or cross traffic lines, which causes many accidents every year.

There is a lot of noise pollution

Noise pollution is a big problem in Toronto, and if you have an issue with this, you might want to consider moving somewhere else with the help of GTA movers. There are construction projects going on all the time in the downtown core. If you live in the downtown area, it’s almost impossible to go anywhere without hearing jackhammers, drilling, and loud vehicles. With how many people are living in Toronto and the nightlife, there is a din of noise and some form of light all the time.

So, where are Toronto residents going?

There are no quarterly statistics on the provincial and interprovincial migrations in Canada, as this data is provided annualy. However, in 2021, British Columbia attracted about 85,000 people who left Toronto. About 20.000 people went to the West Coast, 16,849 went to Quebec and 16,469 went to Alberta. The number of citizens who moved to the Maritimes has increased quite a bit as wellas about 18.000 citizens moved to the Maritimes. If any of these places sound good to you, be sure to look for reliable Toronto moving companies to help you with the move!

Prev Find your cheap Cross Country Movers Vancouver.
Next Why winter can be the best time to move from Toronto
Loading Comments...