Who’s Moving Into and Out of Hamilton 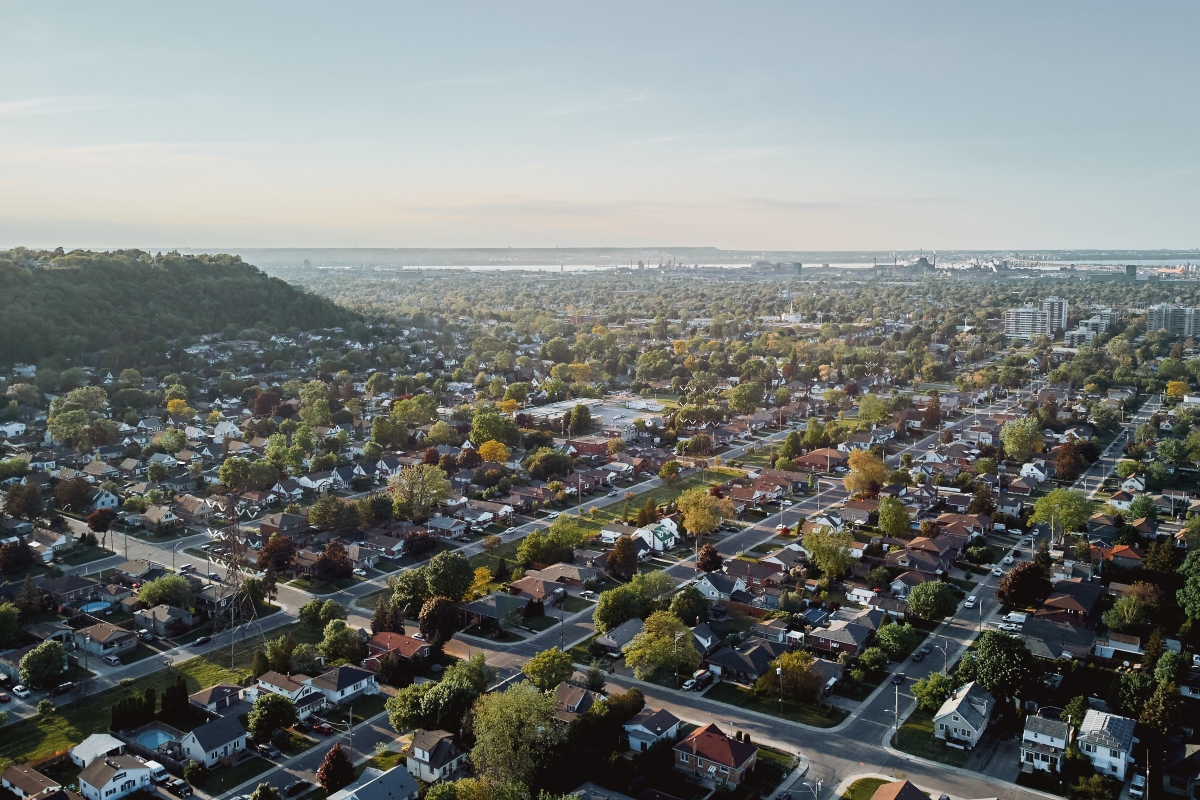 Are you considering relocating to Canada? If you want to make it in Canada, you should be very careful when choosing a city. It will have a significant impact on your future employment possibilities and financial success. As you may have noticed, Hamilton is emerging as one of the more popular cities as well. Recently, Hamilton has experienced a significant rise in the number of immigrants. But we’re also seeing locals in Hamilton floating to other cities. So if you’re wondering who’s moving into and out of Hamilton, we at Number 1 Movers Hamilton Ontario are here to give you the answer.

Why are people moving into and out of Hamilton?

Hamilton is Canada’s tenth largest city. It is Ontario’s fifth-most populous city. It is growing in a number of other locations, owing mostly to immigration. As of the 2016 census, the city has a population of 536,920. Around 770,000 people live in the census metropolitan regions. According to Statistics Canada, 24% of their inhabitants are foreign-born. So why are so many people moving into Hamilton or moving out?

Who’s moving into and out of Hamilton?

Hamilton is known for its excellent education system. Because student loans are significantly lower than in Toronto, it has become a popular college city. Many students from all around the country are flocking to Hamilton and many of them stay here afterward. There are countless job opportunities, and people from all industries are moving here for better jobs, but mainly civil engineers. Since the city has grown a lot in recent years. A lot of Torontonians are flocking to the city as well. As Hamilton is less polluted, has cheaper housing and a lower cost of living and it’s still close to Toronto and everything they’re used to. Of course, many immigrants choose to settle in this area as well.

The people who are moving out are usually young professionals in search of better positions and promotions, striving for more career opportunities and success. Hamiltonians are lucky to have good leadership from their government, but there’s one big issue. Roads get blocked pretty often because of construction work and so your commute to work is often longer than usual. With gas prices rising up each day, people are trying their best to drive less, and sometimes, the solution is to move to a nearby area where the roads are still clear.

Pros and Cons of living in Hamilton

Many residents enjoy living in this beautiful riverfront city, but of course, not everything is sunshine and rainbows. In other words, Hamilton isn’t without its share of flaws. We’ll go over some of the pros and cons of living in Hamilton, Ontario. Which can tell us a lot about why people are moving into and out of living in Hamilton. Spoiler alert: There are a lot more pros than cons.

Hamilton is seeing a significant increase in newcomers. While many people are moving alone a lot of people are moving to Hamilton with kids. Most of them are immigrants from other countries. As a friendly nation, immigrants have no trouble with the locals. Canadians would welcome anyone with open hands and there’s no judgment.

Because of the lower cost of living in Hamilton, a large number of Toronto residents are choosing to relocate to this city. Compared to the main Canadian cities, the cost of living in a detached home in Hamilton is just over $500,000, while the majority of housing properties are valued at between $300 and $400,000.

The city is home to over 500,000 residents. The journey to Niagara Falls from here is less than an hour. It takes a forty-five-minute trip to get to downtown Toronto. The golden horseshoe, which is Canada’s most densely inhabited and industrialized territory, encompasses Hamilton. The city also has its own airport, the John C. Munro Hamilton International Airport, which is both modest and easy to get about. It’s safe to say it’s very easy to make travel plans from Hamilton. If you want to move to Hamilton, we have specialized moving services that can move all of your household items. From heavy and bulky furniture to delicate objects and fine art.

About 60% of the world’s steel production takes place in Hamilton. The steel sector has long been a major employer in Hamilton, boosting the city’s economy for decades. Many people in the field, both engineers and people from the workforce move to Hamilton with their families and lead a good life.

The city of Hamilton is home to many schools and institutions that place a high value on education. Mohawk College, for example, is a well-regarded government-funded institution that offers programs in health care and technology. The Redeemer university is a tiny Christian institution that focuses on literature and the arts. McMaster University, which has a medical school that ranks among the world’s best, is located in Hamilton. If you’re a student, Number 1 Movers has special commodities and quotes for students. If you’re moving by yourself, you can also order some moving boxes Hamilton Ontario and pack up all of your books.

Toronto has been ranked as the finest city in Canada for hospitals, and it leads the park of Canada’s best healthcare system. The seven hospitals that make up the system are among the best in the world when it comes to medical care and research. You’re near some of the best physicians in the world. Hamilton itself also has several hospitals with very good reputations. Like the Hamilton General Hospital, the Juravinski Hospital, and St. Josephs’s Healthcare Hamilton. If you work in the medical field, you will be able to find work in Hamilton pretty quickly. And the best part, healthcare in Canada is free.

6. The city hosts many amazing festivals

People enjoy Hamilton because of its events, including the free Festival of Friends, Canada’s largest music event, which has been held in gage park since 1975 (a common location for gay pride celebrations in this section of the city). It’s not just music that’s celebrated in Hamilton; there’s a food and drink festival and even the fringe festival where you can have lots of fun.

Hamilton is known as the “waterfall capital of the world” because of the area’s reputed presence of more than 140 different waterfalls and cascades. Webster, Buttermilk, Sherman, Tiffany, Chedoke, and Tews Falls are some of the most well-known waterfalls in the state.

Although Hamilton is one of the more prosperous places in Canada, many people are still not satisfied. When we asked residents what their reasons for deciding to move out of the city were, these were the most common answers.

In the city’s core, there are a few one-way streets, and the city makes frequent changes to them, making GPS trackers in vehicles particularly vulnerable. As for the Sherman Access, which is a one-way route that connects to the escarpment, it changes from a two-way street to a one-way street at certain times of the day, and some barriers and warning lights could help commuters, but those traveling with a GPS may have a difficult time here.

Hamilton’s many waterfalls are great locations to relax for residents are also the area’s most popular tourist destination, therefore it is often crowded. Visiting the waterfalls and going on hikes in Hamilton on a warm Saturday or Sunday would be a bad idea if you don’t want to get snared in the tourist horde.

3. Many homes on the market are in a bad state and need repair

Many parts of the city have gorgeous architecture, yet there are also some neighborhoods that are rundown and decaying. However, most of these sites are undergoing gentrification and a significant transformation that could change the area’s appearance. Many of these areas also feature elaborate designs that are really beautiful. If you would like to move your whole household, furniture movers Hamilton can help you with that.

4. Some of the roads are often blocked

Highways in the area are suffering because of the steel industry and other manufacturers. It makes recently resurfaced roads practically impossible to maintain. If you’re not a fan of worn-down roads and having to find other routes often, maybe Hamilton is not the best.

A few of the most interesting sites in Hamilton

People in Hamilton are very adamant and sincere about their wishes to see the city improve. Most people are willing to help each other and take risks in this community. The practice of borrowing good concepts from other places is growing.

The Government has set in place some really good start-up programs as well. Hamilton’s downtown will soon be home to Adventure, an escape room company. Because the proprietors lacked the necessary capital, a start-up program granted them a loan. The building they were looking at did not have proper zoning. So the City teamed up with them to find them a new location. Because the founders lacked prior business expertise, the City even matched them with a mentor. The government and everyone around you are eager to help new businesses thrive. So if you’re looking for a place to open up a business, Hamilton is the place to be. With the help of our commercial movers Hamilton, you can quickly expand your business to Hamilton.

Many of the city’s most important junctions now have bike-sharing programs like Hamilton Bike Share, which allow people to hire a bike and return it anywhere in the city. The citizens enjoy this good leadership and they support it. Hamilton is eager to fix its traffic and road problems as well. Some other municipalities and cities are not interested in making transit or pedestrians their primary focus. Brampton, for example, rejected $400 million from the provincial government to expand a planned LRT on Hurontario Street from Port Credit GO in Mississauga to Brampton GO.

The potential to grow, evolve, and have an impact on the places where we live is at the heart of what we call “community.” Since moving to Hamilton, I’ve never felt as though my actions and thoughts have had a huge impact. It’s refreshing to work in a place where people don’t work in bubbles. This is a terrific concept. As a result, people are happier in their workspace. And they also perform better.

Not everyone is an entrepreneur or interested in starting their own business. But the city is very welcoming to new ideas and it encourages you to think outside the box. Even if you think that you don’t have it in you, Hamilton could prove you wrong. Make Hamilton your home with the help of our local movers Hamilton who can help you move in no time.

The city of Hamilton, Canada, is the most rapidly evolving in the country. In Canada, according to the Canadian and Mortgage Housing Corporation, prices for homes are inflated. And it’s not that big of a secret. But that’s not the case in Hamilton. And the rising housing prices in Hamilton aren’t only due to Toronto’s unaffordability. Hamilton has been really doing great in recent years.

Ready to move to Hamilton?

Finally, if you’re thinking about moving to Hamilton, don’t waste any time. Start getting quotes from long distance moving companies today.  It’s an excellent decision and a wonderful area to live, work, and enjoy life. It’s one of the best places to call home since the people are so warm and accepting. You ought to have a good time. Many people are moving into and out of Hamilton, yes. But many, of those who move out often come back quickly. Hamilton is really a unique place and in our opinion, one of the best places to live in this part of the world.