The most expensive neighborhoods in Toronto 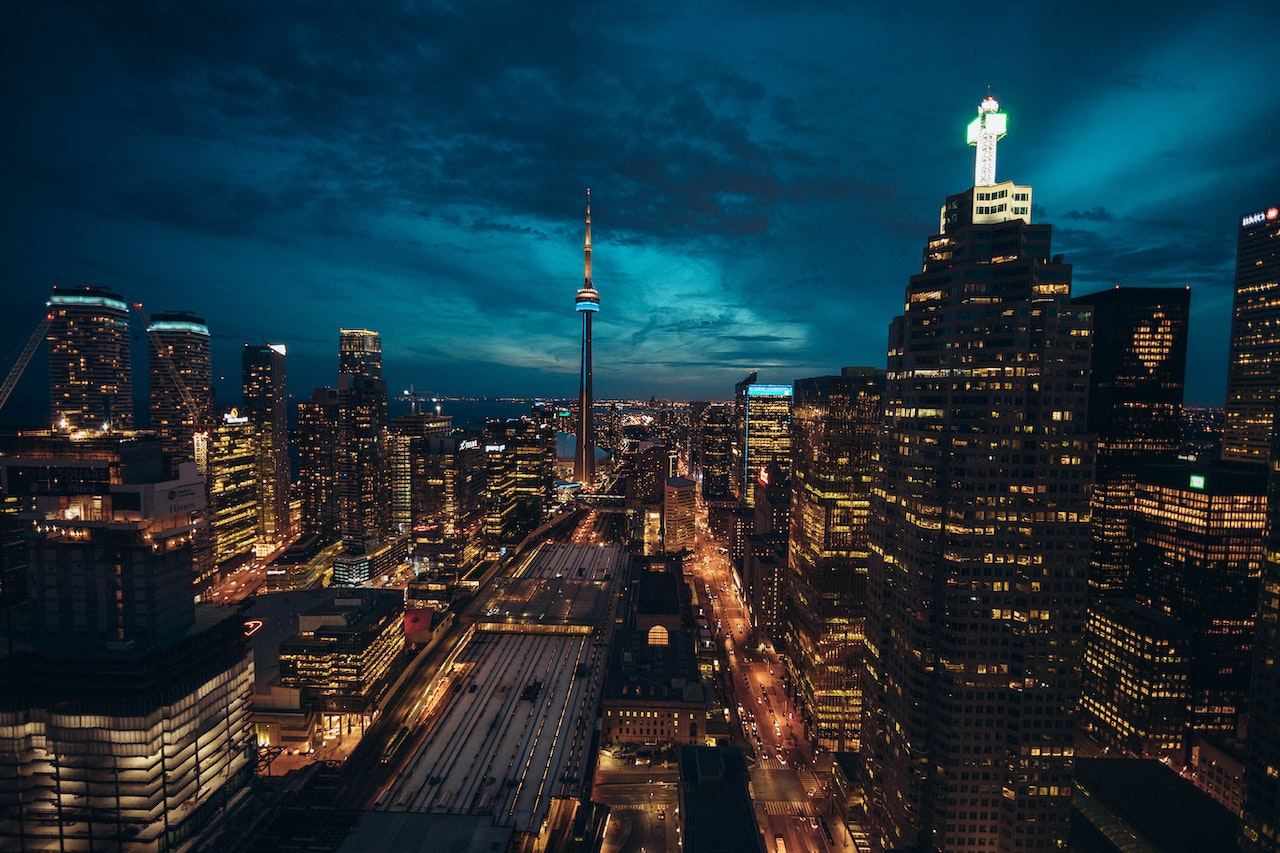 Toronto is Canada’s biggest city, and even though it’s large, living there can be very affordable if you’re smart. However, if you want the finer things in life, we’ve got some of the most expensive neighborhoods in Toronto. Due to the increased growth of the real estate market, Toronto is one of the most expensive capitals in the world. As Toronto grew and expanded, it developed many neighborhoods and areas. With the rise in home prices and rent, Toronto is now up there with New York and Hong Kong. This gives it a high status, which in turn attracts people with deeper pockets. However, if you want to move to one of Toronto’s high-quality neighborhoods, you will need high-quality movers. You won’t make a mistake by hiring Number 1 Van Lines Ontario to move you. Meanwhile, check out out list of affluent parts of Toronto, and make a decision where you’d like to live!

Now, it comes as no surprise that not many people can live in these Toronto area neighborhoods. However, there are people who are fascinated by the lifestyle of the rich and famous and wish to get a glimpse of it. Of course, there is no better way to do this than to move into one of those neighborhoods. If you are one of the people who want to move to one such neighborhood, this list is perfect for you. In this article, we’ve gathered and presented some popular and expensive Toronto areas. Depending on who you ask, some of these areas might be absurdly expensive. However, if you want to surround yourself with splendor and beauty and have money to spend, no price is too high.

However, what do these expensive areas have in store for you? Surely, you don’t just want to move in for the sake of living in a rich area. For starters, in places such as York Mills and Bridle Path, the annual household income is very high. We’re talking about numbers between $900,000 and $1,220,000. On top of that, in richer neighborhoods, there are more amenities and points of interest. For example, in Forest Hill South and UCC, there’s a great focus on schools and education. For those with children, neither of these two neighborhoods would be a bad choice. However, it’s time to go into more detail and discover what certain Toronto neighborhoods have to offer.

No list of expensive Toronto Neighborhoods is complete without Forest Hill

Forest Hill is, without a doubt, one of the most expensive neighborhoods in the Greater Toronto Area. Plenty of Canada’s highest-ranking celebrities own property in this area, so it comes as no surprise that Forest Hill is deemed a high roller area in Toronto. No other area has as many luxury mansions and homes except maybe Rosedale. Before you look for the movers Toronto Ontario has to offer, see a few more reasons why Forest Hill may be a good choice.

The Forest Hill area also has some of the best education centers. There’s the Upper Canada College, which is a boys-only school, and the Bishop Strachan School, which is a girls-only school. UCC and BSS are private schools and are labeled some of Canada’s best. Forest Hill is filled with wealthy people and luxurious amenities for the locals. The neighborhood is known for its historical homes, now being renovated, and its proximity to downtown Toronto. All in all, you’ll certainly get your money’s worth by purchasing real estate in Forest Hill.

Ranked the best neighborhood to live in Toronto, Rosedale is certainly among the richest areas on the list. The fact that it’s located in the very center of Toronto helps raise its price. Because of its beauty and charm, the Rosedale-Moore Park area attracts Canada’s elite, like hockey players, businessmen, and actors. Besides the freshly-moved-in locals, you’ll also find Toronto’s old Victorian homes, which were built for the established families of Ontario. You’ll want to hire GTA movers to move your home here. Rosedale is a beautiful neighborhood, with homes built in different styles and surrounded by trees on every street.

The access to downtown Toronto is easy and quick for those who live in Rosedale-Moore Park. There are plenty of parks in the area, and there are plenty of shopping and dining options for you thrifty spenders. The home design makes this area one of the best places for real estate investment. Even though it is in the very center of Toronto, living in the Rosedale-Moore Park area will make you feel like you are in the far countryside. Major roadways, such as Mount Pleasant Road and the Yonge and Bloor street intersection, pass through the neighborhood. Paired with the excellent coverage provided by the Toronto Transit Commission, you’ll be able to reach any part of the city in a matter of minutes.

The Bridle Path is hands down Toronto’s most affluent neighborhood

Formerly known as North York, Bridle Path is known for its multi-million dollar homes as well as its large plot sizes: an average of two to three acres per residence. With Sunnybrook and York Mills, it’s part of “Millionaires Row.” The area is also home to some of Canada’s biggest celebrities, doctors, and engineers. Its proximity to the Sunnybrook Health Sciences Center also explains the many health professionals living in the area. That said, if you have health issues or want easy access to a medical facility, this is the neighborhood for you. Each house has many tall walls and great gates surrounding it, with greenery both inside and outside the property. This gives the impression of living in a fancy castle out in the countryside, despite being just about a 20-minute drive away from downtown Toronto.

As a matter of fact, Bridle Path seems to be an excellent neighborhood for those who want an active lifestyle and who want to spend time in nature. Edwards Gardens, Toronto’s most beautiful botanical garden, is within walking distance from the neighborhood. If you are a fan of long walks, Bridle Path is connected to the Sunnybrook area with a 9-mile-long walking trail. The neighborhood itself attracts many different cultures and ethnicities. The best local movers Toronto residents always choose can help move you here. Most of the locals are businessmen and international buyers from Russia, China, and Iran, as well as entrepreneurs seeking seclusion.

York Mills makes for another great retreat to nature

York Mills gets its name from the mills that existed in the area before, but now it is far from a blue-collar area. In this Toronto neighborhood, tall skyscrapers now stand where the gritty mills once stood. Over the years, it became one of the most affluent neighborhoods in Ontario, and maybe even all of Canada. The community revolves around nature, and the residents focus on tending to the scenery. So, if you plan to move here with the help of Number 1 Van Lines, expect to see a lot of greenery and beautiful gardens.

This rich Toronto neighborhood has many shopping malls, wineries, and stores. Because of all this, it easily earns a spot on the list of the most expensive neighborhoods in Toronto. Even though it is relatively far away and considered a city escape, it is still 20 minutes away from the city. If you want to furnish your new Toronto home, our furniture movers Toronto trusts will help you get things packed and transported! Moving your old furniture and putting it in your new home will be as easy as ABC.

How to determine if you’ll have enough funds to move

Here’s the thing about rich neighborhoods: Let’s say you’re earning well now. In your current home and with your current pay, you’re living lavishly. It might give you the impression that you have enough money to live somewhere more expensive. The main problem is that your current pay may be sufficient, but rich neighborhoods in Toronto have a higher standard of living. Higher life standards mean more investments and greater financial requirements. This cost of living calculator for Canadian cities can give you a realistic picture of your situation. It’ll show you whether moving to a rich neighborhood will be possible and whether it’ll pay off or not in the first place.

Good luck with your pursuit of the richest neighborhoods in Toronto!

Which one of the most expensive neighborhoods in Toronto piqued your interest the most? Are you ready to move any of these areas, to live with the celebs and rich businessmen and to call them your neighbors? We at Number 1 Van Lines Van Lines hope you are! Once you make your decision, don’t hesitate to call us. We will arrange a proper and efficient relocation. Your future move is just a free moving quote away. Call us today!

Prev Which is the best province to live in Canada?
Next 10 must-see cities in Ontario
Loading Comments...