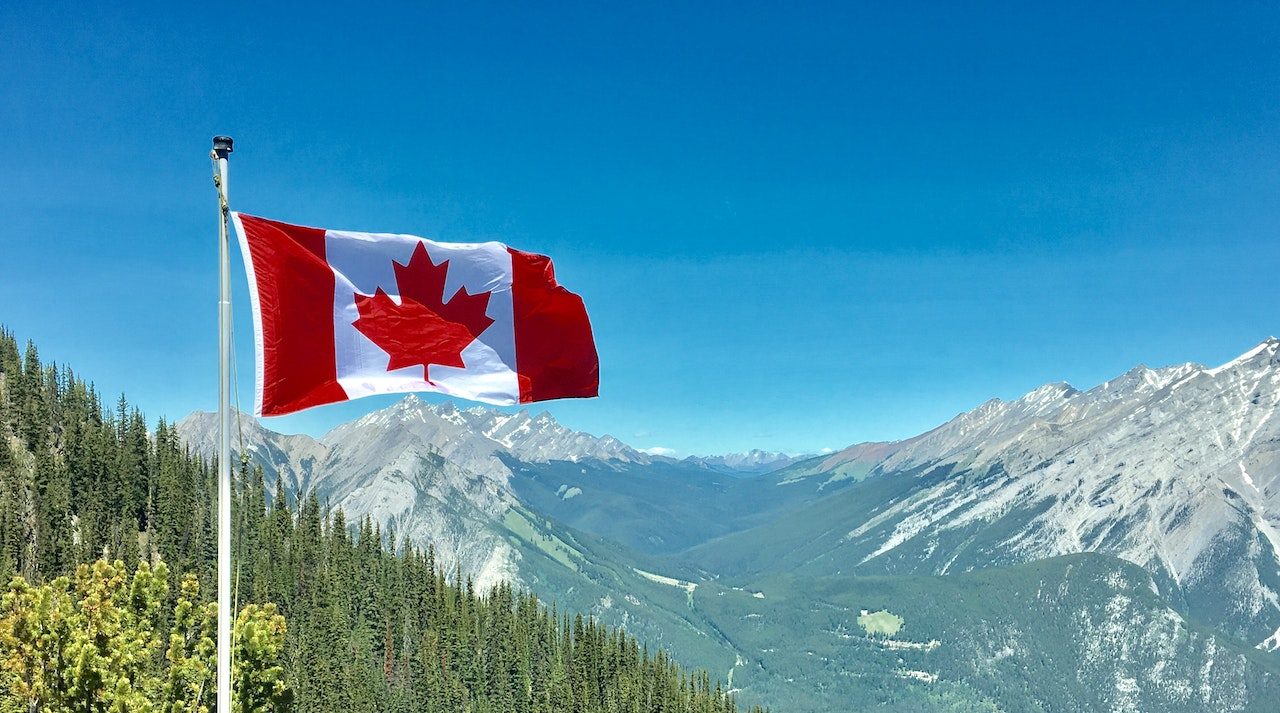 In today’s society, the real estate market is prone to sudden changes. If you plan on moving, you might observe the market before making a final decision. However, even following it closely won’t guarantee you will find a good deal. That’s because to find a good real estate deal, you have to have a bit of luck and a lot of patience. For those who are looking to move but are unsure of which place to choose, moving companies Ontario have prepared a list of the best Canadian cities for real estate investment! Other than real estate information, we also mention stats and facts about the general livability and affordability of every place on the list!

Queen Elizabeth II once named Goderich the prettiest Canada’s small town, so you can imagine it’s not without a reason. This lovely town is situated on bluffs overlooking Lake Huron, in the province of Ontario. According to the most recent census, this town has approximately 7,881 residents. When it comes to demographics, the average age in Goderich is 52, meaning that more than half of its residents are older than 45 years. Most residents are Caucasian, with some minorities being South Asian, Chinese, Black, Filipino, Latin American, and Arab nationalities. On average, the median income per household in Goderich is around $60,000, while only a small percentage of residents receive less than $20,000 per year.

The unemployment rate is low (only 5%), and most of the residents are working in agriculture or tourism. However, healthcare,  construction, manufacturing, wholesale, retail, transportation, information, and finance are also important industries here. That’s why many people decide to move here with the help of moving companies Brampton and other local movers. In terms of real estate, two-thirds of the population own their home, while the other third rents. Generally, three-bedroom houses are most wanted. Although you can find some larger and more expensive homes, the average home costs between $300,000 and $600,000 CAD. Houses are usually smaller, with two bedrooms, a kitchen, a living room, and a bathroom. It’s no wonder that the biggest industry in Goderich is the real estate industry, after all.

The city is in Lanark County, the self-proclaimed “Maple Syrup Capital of Ontario”. It is a small town built on the Tay River. Perth currently has circa 6500 residents, but this small city can make you fall in love with it fast. About 95 % of its residents are Caucasian, followed by minorities such as Southeast Asians, Arabs, Filipinos, etc. Perth has a higher median age of 58 years, with the majority of its residents being older than 50 years. When it comes to marital status, more than 1/3 are married couples, a third of whom have at least one kid or more.

The median household income is $52,429, with most households earning between 20k and 100k CAD per year. One-third of the Perth residents own their homes, while the rest are renting houses. Since the majority of residents are families with less than 5 members, most wanted properties are 2-Bedroom houses. The price for a house with two bedrooms, a bathroom, and a kitchen ranges from 370k- 500k CAD, with vacant land costing even less – circa 150k CAD for a 4.39-acre lot size. Perth is one of the best Canadian cities for real estate investment due to its vicinity to Ottawa – only 86 kilometers distance between the two of them. If you are considering moving here and currently live in Dundas or neighboring cities, contact Dundas movers and get your free estimate today!

Lunenburg is an old British colonial city in Nova Scotia, with a population of around 2000 people. However, this small town has a rich history. It was established in 1753 and retains its original design and overall look. Its Old Town was even listed as a UNESCO World Heritage Site! Most of the residents are of Caucasian and Asian heritage. About 90% use English, while the other 9% speak both English and French. Lunenburg also has a high median age of 57 years and a high number of residents who are over 80.

Almost 60% of the Lunenburg population is married, and the majority of residents live in families with three or four members. The median household income is $51,968, with most families earning between $30,600 and $90,000 CAD per year. As for real estate, most newcomers are interested in three-bedroom homes. A 3-bedroom and the 2-bathroom house of 1,439 sq ft costs circa 400k CAD, with vacant properties on a 3-acre lot costing circa 50k CAD. If Lunenburg seems interesting to you, hiring Ancaster movers or other Hamilton-based long-distance movers should be your next move!

Baie-Saint-Paul is a city in the province of Quebec, located on the shore of the Saint Lawrence River. This town has approximately 7300 residents and a median age of 54.8 years. The majority of its residents are white, but it also has a sizable Latino, Black, and Arab population. Baie-Saint-Paul is one of the cities where 95% use French only, while 5% use both French and English. Approximately 3/5 of residents are single or married couples, most of whom have one or two kids. When it comes to the economy, most families earn between $25,000 and $125,000 CAD every year. An average household income of $54,741 is more than enough for a comfortable life in this peaceful town. The employed percentage of residents mostly work in the following industries:

The real estate market in Baie-Saint-Paul offers both vacant properties and houses. A 2-bedroom 1-bathroom 1.192 ac Lot Size ranges from 380k CAD to 450k CAD. Vacant properties are much cheaper and 1 ac one costs circa 40k CAD. This peaceful small town is a great choice for those looking for the best Canadian cities for real estate investment, especially due to more-than-affordable livability. If you are thinking about moving here and are currently based in North York, contact North York movers and get the best possible moving services.

Dawson City is a city in the Yukon Territory. With a population of just over 1,300, Dawson City is a well-preserved city and home to several historic sites. Dawson City is mostly populated by White Canadians, Indigenous people, and Filipino Asians. It is a city with a very young population, the majority of whom are between 25 and 55 years old. Dawson City residents have a high median income of $68,608, which is not so common for a smaller city like this. Most residents are single and married couples, with most families consisting of one, two, or three members.

The majority of residents earn between $20,000 and $39,900 CAD per year and between $60,000 and $150,000 CAD per year. The working residents are employed in mining, construction, manufacturing, retail, administration, education, health care, arts and entertainment, accommodation, etc. Since most newcomers are single individuals, a 1-bedroom house is the most popular choice of residence in this city. Half the population owns their homes and the other half rents. A home with three bedrooms and one bathroom costs around 280K, but less expensive homes can be found as well! To be sure you can find an affordable home, hire a real estate agent to help you out.

Get to know the real estate market in Canmore

Canmore is located approximately 50 miles west of Calgary, just near the border of Banff National Park. It is located in Alberta, one of the fastest-growing provinces in Canada. Many move to Canmore to look for new life opportunities. Canmore sits on several major transportation routes that have had a large impact on its economy. Canmore has approximately 15 000 residents, with a median age of 42 years. There is almost the same number of younger residents (15–30) and older residents (50–70). Around 4/5 are married people and single individuals. South Asians, Chinese, Blacks, Filipinos, Latin Americans, Arabs, Southeast Asians, West Asians, Koreans, and Japanese are the most significant minorities besides Whites. Most residents speak English, and a significant percentage use both French and English.

Canmore is a town with an interesting economy. Only 5% of residents are unemployed. Most working residents earn between 20k and 60k per household, but there is a significant number of residents receiving 60 and 140k CAD. Circa 2000 families earn more than 15ok CAD per year, therefore making average household income circa 80 500 CAD. Most employed residents work in Construction, Manufacturing, Retail, Transportation, Finance, Real Estate, Professional Services, Administration, Education, Health Care, Arts & Entertainment, Accommodation, Public Administration, etc. Canmore is a bit on the pricier side, so real estate properties are higher than usual. Generally, a home with 2 bedrooms and 2 bathrooms costs 500-600k CAD.

Looking for Canadian Cities For Real Estate Investment- hiring an agent or doing it yourself?

The first thing movers Markham ON advises you to do is to consider where to look for the property. It means deciding whether to rely on an agency or proceed on your own. Both solutions have advantages, it’s up to you to take advantage of one or the other depending on your needs. Naturally, to make the right choice, you will not have to rely only on your needs, the budget, and the time factor, which often plays a fundamental role.

The most important advantage is the saving of time: if you want to buy or rent a property you have a person at your disposal who follows you along the way, available according to your schedule. It is in your interest to speed up the steps for the lease, such as keeping in touch with the private individuals and completing some paperwork. This avoids wasting weeks of waiting or searching. In the meantime, you can contact local or long-distance movers Grimsby and inform yourself about the move! Furthermore, the agency knows the real estate market in the area and can point out the house that meets your needs. Going through the agency has the disadvantage of high prices. You will have to pay a commission for the work performed, generally equal to a monthly fee. However, even if the initial costs of moving are higher, hiring a real estate agent is the most common way to find a house.

Looking up Canadian cities for real estate investment yourself

The advantage of this choice does not need too many explanations: without intermediation, the costs are lower. So, if you are not in a hurry to find a house to rent, it’s a better idea to look on your own. In this way, you can save the commission that goes to the agent. If the landlord allows it, you can also try to save on the monthly fee. However, you need to know where to look to find a home without going through an agency. Based on their experience with clients, Lincoln moving company would advise you to explore classified sites. The negative aspect of private research is the loss of time. If you don’t know the area, looking for listings can be very time-consuming. Therefore, take as much time as necessary to make the right decision!

Choosing how to look for Canadian cities for real estate investment is not an easy thing. It is usually advisable to consult with a seasoned real estate agent who is familiar with the neighborhood and the local real estate regulations. However, you can do it on your own as well, just take time to find the right property for yourself. In any case, you’ll be making a good decision! Good luck in your pursuit!

Prev Is it possible to find affordable housing in Toronto?
Next Best places in Canada for minimalist living
Loading Comments...