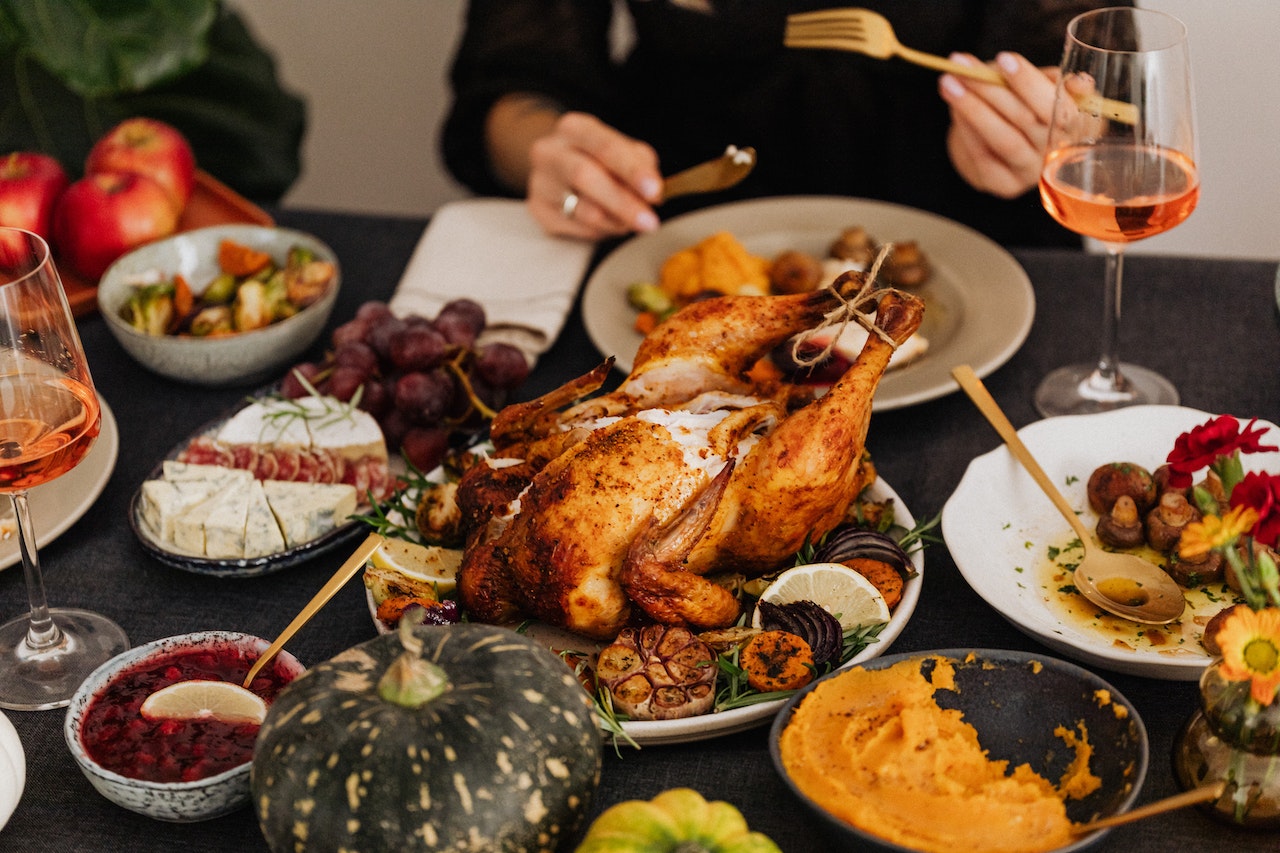 If there’s one thing that gets people up and moving, it’s the holiday season. What other part of the year has more events and holidays than the end of it? There’s Halloween, Thanksgiving, and Christmas, all in the last two or three months of the year! It’s enough to overwhelm anyone. Right now, November is in full swing, and there are words about Thanksgiving all over the place. However, if you compare Thanksgiving in America vs Thanksgiving in Canada, you’ll see that they are not quite the same. There are several differences, from the date they happen to the food and overall customs. You might plan to move to Canada or within Canada during this period, so before looking for movers Ontario has to offer, learn something about this holiday and how it differs from place to place. It’ll help you get used to these new changes and make your holiday season way more comfortable.

Silver lining – you can get to celebrate this holiday twice!

However, since Canada and America are so close to each other, it’s not uncommon for people to have family members from both places. Because of that, some people in America and Canada celebrate Thanksgiving twice! Another example is if you moved with North York movers. You could live in Canada, and still prefer to celebrate American Thanksgiving. It’s all up to the people and their own preferences when it comes to Thanksgiving in America vs Thanksgiving in Canada .

You can’t celebrate Thanksgiving if you’re not at home: so what are the work policies?

Of course, no matter which Thanksgiving is in question, you can’t celebrate if you’re not at home. Canada and America are vastly different in many ways, including when people get days off work for holidays. One thing is certain, however. If you’re, for example, moving to Vaughan, you’ll want to hire the best movers Vaughan has to move all your furniture. Where else will your guests sit without all the furniture in place?

Thanksgiving in America is considered a national holiday. In other words, every single American state celebrates the holiday. For tthe most part, many Americans take a day off after Thanksgiving, forming a 4-day holiday celebration. However, the situation is quite different when it comes to Canadian Thanksgiving, however. As mentioned earlier, it takes place on Monday, and is considered a national public holiday in most places. However, employers are not always obligated to give workers a day off. Another thing is that Thanksgiving isn’t celebrated everywhere in Canada. If you plan on moving to Canada and value Thanksgiving, consider this. Don’t look for movers Markham ON and such before you do your research about certain areas.

Despite having a similar cause and theme, the holiday has differences in terms of tradition in these two countries. Because of their proximity, it’s not uncommon for traditions to collide and merge. Because people migrate between Canada and America, they also often exchange these traditions. For example, you could move with the movers Etobicoke relies on from one place to another. You could be using your own traditions to celebrate, while the people around you have entirely different customs. It is also because of this that it is impossible to determine which traditions belong to which countries.

However, Number 1 Movers are here to help you! With this comprehensive guide, you’ll find out the main differences between the two versions of the holiday. Worry not, for there aren’t that many big differences to begin with. It’s just good to know some of the Thanksgiving traditions and gimmicks for each version in order to be ready. At the end of the day, every holiday, including Thanksgiving, is subject to change. You could very easily come up with your own Thanksgiving traditions, recipes, and so on. What matters at the end of the day is that you’re thankful and have faith in what you’re celebrating.

Thanksgiving food: The States versus Canada

Seeing how both versions of Thanksgiving have something to do with harvesting and crops, it’s no surprise that both have an abundance of tasty dishes. Made with common goodies such as pumpkins, potatoes, and turkey, some of these Thanksgiving dishes are popular in both Canada and America. Looking at the big picture, most of these dishes are the same, with minor modifications and ingredient changes. Make sure to move your kitchen with local movers Toronto, otherwise you won’t be able to make all these tasty meals.

Which Thanksgiving is more lowkey?

With all the differences listed so far, one might ask themselves just how important Thanksgiving is in each country. We’ve talked about how Thanksgiving came to be in both Canada and America, we’ve talked about how this day affects work, and we’ve talked about food. What we’re missing is how the people actually celebrate Thanksgiving, so let’s dive right in. One thing that’s the same in both America and Canada are the big gatherings. Whether it’s friends or family or both, the more people you celebrate Thanksgiving with, the merrier.  There may come a time when you’ve moved with Kitchener movers and find yourself in a new neighborhood with no one you know. In that case, you can still stay in touch via video calls or text messages! What matters is letting people know you’re thankful to have them in your life.

Speaking of Kitchener, The Kitchener-Waterloo Oktoberfest parade is Canada’s only Thanksgiving Day parade, as opposed to America, where the parades are plentiful. Of course, there are more parades in Canada, but they’re usually smaller and on a local level. In the United States, parades are larger, both in number and size. The most famous Thanksgiving Day parade in the U.S. is the Macy’s Parade. So, when we look at the actual celebration traditions, we can confirm that Canadian Thanksgiving is, without a doubt, more low-key and modest.

Some say that everyone knows that the key differences between American and Canadian Thanksgiving are in sports. In the U.S., people gather to watch NFL football games one after another. In Canada, on the other hand, people gather to watch back-to-back NHL hockey games. Though, the Canadian Football League holds a nationally televised doubleheader known as the “Thanksgiving Day Classic” as well, so we can say that football is popular, too. People pack their stuff into SUVs and hit the road in the U.S., while Canadians load up their canoes and hit the water, or go traveling. After all, it’s the last time they can go for a weekend getaway. Remember, if you’re moving with movers Oshawa trusts, ask them to pack your sports equipment and such! You don’t want to miss out on a chance to spend the day in nature with the ones you love.

Lastly, we have to consider shopping. We’ve all heard of Black Friday, which comes right after Thanksgiving in America, where people go absolutely bonkers and shop until they drop. Deals and discounts from a variety of shops and retailers are all over the place, making a big profit for the companies and great savings for the buyers. People will sometimes stand in line the night before after Thanksgiving, waiting for stores to open up in the morning, in order to get the sweetest, best deals they can. However, if you move to Canada with the movers Milton locals always choose, you’ll find that things are quite similar. From stores to online shopping, Canadians also take part in Black Friday to some degree; nowadays, Black Friday has become more of a global phenomenon.

Even if you read every piece of info out there, you can still experience culture shock

It goes without saying that it’s good to do your research and ask around for information on certain topics before you move. The more you know, the less likely it is that you’ll feel surprised and lost. If holidays are important to you, now you’ll know how to celebrate Thanksgiving in America vs Thanksgiving in Canada. However, when you look at the bigger picture, you come to realize that there aren’t that many crucial differences. Besides the date and when things take place, the holiday is nearly the same in both places. If you have to spend your next Thanksgiving in Canada, you know who to call for help when it comes to relocation. Number 1 Movers will always be at your service. Help is only a phone call or free moving quote away, so don’t wait any longer! Plan your next move before next Thanksgiving comes around! You can always count on us.

Prev Why winter can be the best time to move from Toronto
Loading Comments...