Living in Grimsby: Things you need to know 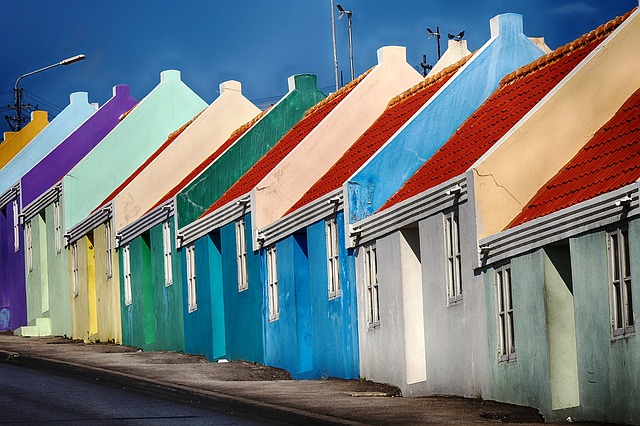 An interesting little neighborhood on the shores of Lake Ontario has an intriguing past. We recommend taking a detour to this curious little area the next time you’re driving down the highway between Toronto and Niagara Falls. The detour we’re talking about is at Grimsby Ontario, a city of about 25,000 people about halfway between Hamilton and the Falls. Just take exit 68 (Bartlett Avenue North) and head toward the lake. Or let Grimsby movers relocate you there! Take a left turn onto Lake and then right onto Betts. Here you may find that living in Grimsby reveals a charming world of narrow lanes with a collection of the cutest little Victorian gingerbread cottages north of Cape Cod. The buildings date back to the late 1800s when they were first used as summer cottages. But here’s a lit more about Grimsby!

Grimsby Beach has deep roots in this community

The history of this charming little town goes way back to the mid-1800s when a group of Methodists started holding week-long religious revivals during the summer. The area was then renowned as the Ontario Methodist Camp Meeting Ground. Usually, people would come and stay in tents on the grounds overnight and listen to preachers during the day.

Evolution of the Grimsby Beach way of living life

By the time the camp grew, even non-Methodists started coming out to visit and see what living in Grimsby was like. They usually came just to enjoy a day of picnicking and sport at the park.  But sometimes they moved here permanently and they needed moving boxes Ontario. Grimsby Park (as people also called it) was becoming a popular beauty spot and summer day trip destination.

Grimsby witnessed many new attractions over the years:

There were two hotels, a restaurant, a heart-shaped garden, tennis courts, a sports field for football, lacrosse, quoits, and exercise programs. The park even had a professional photographer on hand to take photos of guests for a fee. New speakers came as well, and not all of them were religious! They gave lectures on the arts, science, and even self-help topics. People started calling Grimsby park “the Chautauqua of Canada” after the American adult education movement of the late 1800s. However, in 1909 people living in Grimsby faced a crisis, as the Methodist group managing the park went bankrupt.

Living in Grimsby even offered popular amusement for the masses

Almost immediately, however, the park was taken over by a new owner, an American who turned it into an amusement area for the masses. It had a midway, merry-go-rounds, a large roller coaster, and a dance hall and casino. There were even movies and live theatre in the park. However, the success was fairly short-lived, because, by the 1920s, Grimsby Beach was going downhill again as the crowds were flocking elsewhere. In addition to the crowds dispersing, there was a terrible fire in 1927 that destroyed about 30 cottages. Many of the other attractions shut down eventually but people never stopped moving to Grimsby to enjoy the natural scenery of Lake Ontario. Which is still one of the town’s greatest assets.

Things to do when living Grimsby

Ball’s Falls also known as Balls Mills, is a historical ghost town located in what is now a part of Jordan in the Niagara region, Ontario, Canada. It dates back to the early 19th century. Ball’s Falls is now a conservation area operated by the Niagara Peninsula Conservation Authority. The park features the Ball’s Falls Centre for Conservation to help people planning to live in Grimsby learn of the area’s cultural and natural history. The building is eco-friendly and it features permanent and temporary galleries, exhibits, and interactive displays.

The Battle of Stoney Creek happened on 6 June 1813, during the War of 1812 near present-day Stoney Creek, Ontario. British soldiers made a night attack on an American encampment. They managed to capture two senior officers of the American force, so Americans overestimated the British strength. That ended as the battle became a victory for the British, and a turning point in the defense of Upper Canada.
The Americans gathered into a small defensive perimeter around Fort George, where they remained until abandoning the fort completely. They retreated across the Niagara River into U.S. territory in December.
Brigadier General Winder was exchanged after these events and eventually came into command of the Tenth Military District around Washington, where he attracted censure following the burning of Washington.

Living in Grimsby and around Beamer Memorial Conservation Area

You will find Beamer Memorial Conservation Area right on the Niagara Escarpment in Grimsby, Ontario, Canada. Most people believe it is the best location on the Niagara Peninsula to observe the annual spring migration of raptors. The cliffs of the Niagara Escarpment, the rolling terrain of the Vinemount Moraine, and the mesmerizingly deep gorge of the Forty Mile Creek are the most important topographic features of the area.

Prev 5 Tips for Settling Down in St Catharines
Next Things to do in Etobicoke after the move
Loading Comments...
Comment
×