How do you pack liquids for moving? 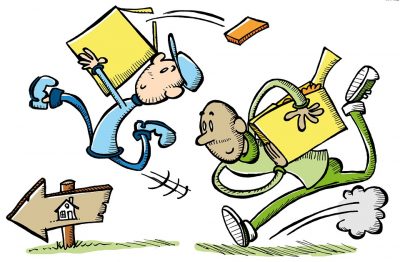 So, you have decided to move. Good for you! A new life of opportunity awaits you after your Brantford movers deliver all your belongings to your new home. However, there are some items that your movers may not want to pack and move. These items are liquids. Liquids are hazardous because they can spill, and therefore ruin the other contents in the box. In addition, there are certain types of liquids that your movers will actually move and we will talk about them in this article. They may want to move them, but there is still a question of packing. So, without further ado, let’s cover the best ways to pack liquids for moving.

As we have already mentioned, your movers may not want to move some types of liquids. If they are hazardous in terms of the possibility to spill and ruin the contents of the box and even other boxes, they will probably refuse to pack them in the truck. If, even worse, they are flammable and can cause an explosion because of temperature or vibrations and other natural elements, you will probably need to throw them away before your move.

When we say liquids, we certainly do not mean water. Water will be the least of your worries if you plan on moving a propane tank. Propane tanks are flammable and it is not wise to move them if you are moving by yourself. Your moving company will certainly deny your wish of packing something like that. Other than propane tanks, there are a couple of more flammable liquids that you will not be able to move. This includes any type of bug spray, oil, gasoline, pesticides, fertilizers, and more. Non-flammable liquids are easier to transport, but that still does not mean that they are safe. Any type of cleaning products like glass polish, wood polish, floor cleaning products, etc; are a risk when moving. In addition, all of your shower gels, hair conditioners, shampoos, and other hygiene products will also raise some questions whether it is right to move them.

What to do with liquids before the move?

There are various things you can do with your liquids before the move. An in order to avoid a disaster during your move, read this chapter carefully.

One of the first things you should do about liquids when preparing for the move is to stop buying them some time before the move. If you do not buy any liquids a few weeks or even months before the move, you will most likely spend them and alongside them, the worry about moving them. If you have fewer liquids on moving day you will spend less time trying to pack liquids for moving. It is a good idea to schedule your move a few weeks before, so you should stop buying liquids at around the same time as you make the call to your long distance movers Ontario.

If you did not plan to stop buying the liquids a few weeks before moving, then you should spend them as quickly as possible. When you do so you will have fewer liquids to pack for the move. If you have some liquids that are not worth the hassle of packing and moving, just throw them away. Pack only the ones that are important to you and need them at your new home, and throw away the rest. In addition, if you do not want to throw the liquids away, then consider giving them to your friends. It is always good to have more cleaning or cosmetic products in your home. Provided that you are not moving. If you have any high-quality liquids, then you can consider selling them on eBay, in case you have not opened them.

Packing liquids for your move

When packing for your local move, you will need to know how to pack everything properly in order to avoid spilling and making a mess. We will now go through some steps to help you pack liquids for moving.

You should sort out all the liquids first and decide what to keep and what to throw away. If you do not want to throw anything away you can try to use the liquid out or giving them to your friends or family. It is mandatory that you throw away flammable materials safely because they are a big risk to pack when moving. Your move is already stressful as it is without any accidents occurring.

Use a plastic box!

It is a good idea to use plastic see-through containers instead of moving boxes. In case of spilling you will know which bottle is the perpetrator and remove it quickly. You cannot do so if you are using cardboard boxes and you are risking damage to other items in the moving truck. Put all the liquid containers in a plastic bag before putting them in the plastic container. This will keep all the liquid inside the bag. A good idea is to wrap all the liquid containers with tape so they act as a single object. This will help you arrange them in an upright position so they do not spill accidentally.

Another thing you can do to secure all your liquids is to open the cork of each container, and then put plastic wrap around the opening and tighten it with a rubber band. Then put the cork back on and enjoy the rest of the packing process. After that, close the plastic box and seal it with tape. Label the box as fragile and write down the contents of it in your inventory. You can even write down “Liquids” on the box before handing them over to your moving company.

With all that said, good luck with your move!

Prev Moving from Hamilton to Hailfax guide
Next How to handle disputes with movers?
Loading Comments...