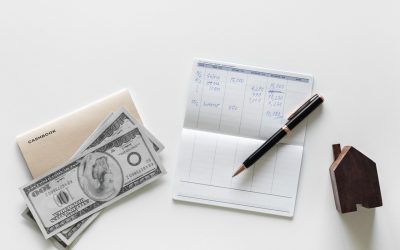 You are considering if you should move to Hamilton? Before you do, browse your options carefully. There are many high esteemed neighborhoods. And they all share the vast green and white landscape of Canada. But your specific needs will decide in which one you will settle. One of the key factors is affordability. Therefore, we are bringing a list of best Hamilton neighborhoods for low-income apartments. You might find appealing one of the handpicked neighborhoods in the text below. The only thing left will be to contact your professional realtor and start home inspecting. Hamilton awaits!

An industrialized port city in the province of Ontario, 60km southwest from Toronto. Hamiltonians merged with communities that are in the area. And through that amalgamation rose to 700.000 inhabitants. Six municipalities are involved in the merge. Hamilton, Stoney Creek, Ancaster, Dundas, Flamborough, and Glenbrook. We will try to help with the information on some of them. Shedding some light on these young, affordable and thriving communities might help you become one of the locals. And, you’ll probably need an affordable professional moving company as well. Hence, we will recommend No.1 movers that can help you with moving, storing, packing and unpacking of your moving boxes Ontario. Certainly, on the very top among local movers. Let them cover your journey toward best Hamilton neighborhoods for low-income apartments.

Better known as a Valley Town is a community located on the bottom of Niagara Escarpment. Connected with surrounding areas with Bruce trail, it has a strong connection to the Hamilton city. Since the 1930s Dundas became a bedroom community for the students and earned its intellectual status. A number of schools and universities around Dundas made this place appealing for learning and thriving minds. But art is present here as well as science. Dundas Conservatory of music, along with Avalon Music Academy, is giving birth to professional musicians for over twenty years. On the other hand, Hamilton is no stranger to sports. It is home to Dundas Blues hockey team. And The Dundas Real McCoys, the 86’ Hardy Cup winners.

Many waterfalls make this landscape magical. Two most popular ones are Webster’s Falls and Tew’s Falls. Both are visited regularly, as well as Dundas peak that overlooks the city below. Also, Dundas is a proud owner of Ontario’s longest running hotel, The Collins hotel. You will be amazed by its pillars from a Greek and Roman Doric order, greeting the passengers for years. Consider moving to Dundas, one of the best Hamilton neighborhoods for low-income apartments. Jump on a train via The Great Western Railway and find us on Dundas station. If you are visiting in June, check out the Buskerfest or Dundas Cactus Festival in August. We promise you won’t regret it.

Ancaster is a very peculiar community. A strange mix of old steel town and a new age is giving a distinct taste of mystique. Since it was absorbed by the town of Hamilton in 2001, this community is thriving. The population is growing rapidly. And it has one of the highest growth rates in Ontario. Young families are pouring into the city, while construction is non-stop. Thousands of homes were built in the previous twenty years. This attracted many retailers to open stores to accommodate its residents. There are plenty of job opportunities for commuters. Since most of the employers are in the surrounding cities of Hamilton. But not to worry. A very popular highway 403 is at your disposal and it makes everything easily accessible. This everyday lifestyle is keeping Ancaster a peaceful and serene home, where you relax, in every sense of the word.

And this is another city that has Niagara Escarpment and Bruce trail running through. That makes Ancaster a beautiful historical and cultural place. A green lush area filled with hiking trails and waterfalls like Tiffany Falls. In conclusion, give a serious thought on if you should move to Ancaster. A perfect place to raise your family and yet one of the best Hamilton neighborhoods for low-income apartments.

Firstly, founded by French-Canadian fur traders and later by American Revolution Loyalists. Little did they know what beauty they discovered. Such a lush area would yield plenty of fruits due to the warm climate of the Niagara Peninsula. That is why Stoney Creek, or better known as Crick, is an agricultural settlement and in 1984 became a city. A city with one of the most famous wines in Ontario and home to Erland Lee Museum. First Women’s Institute in the world. Further, you can see historical monuments like Battlefield house and very famous Devil’s Punch Bowl. If you visit us over summer, you can enjoy in Stoney Creek Flag Festival. As well as Dairy on King Street.

Alongside Ancaster, Stoney Creek is one of the fastest growing areas of Hamilton. Condos sprouted on the waterfront and infrastructure is constantly growing. The idea is to build new and affordable neighborhoods for families that are moving in each year. Therefore, you should give it a thought, and maybe you will find moving to Stoney Creek the best solution. Winona Peach Festival is inviting you to take a bite of one of the best Hamilton neighborhoods for low-income apartments.

Waterdown – A mill on a hill

This is a community surrounded by a beautiful landscape and an abundance of waterfalls. Great Falls or better known as The Smokey Hollow is one of the many, but a most famous one. It is where the first mill was built. Initially, it powered sawmill and gristmill along with many other smaller mills. Now, that is a part of a colorful history that this town has. Aboriginal dig sites and other archeological surveys are just a cherry on top. Moreover, it has a Waterdown district high school as well as several public and central schools. For all the hockey fans out there, Harry Howel Arena, where you have Flamborough Skating club, hockey association for women and men. And besides sports and education, you’ll have plenty of room for fun. Visit Oh Canada! Ribfest on July 1st and see for yourself.

Waterdown is expanding by the day. Meanwhile, investors are pouring in and builders are working tirelessly. City population doubled in size from 1996 to 2016. And by the look of it, does not have any intentions of stopping. Currently, a Waterdown By-Pass is under construction. As a result, it should serve as a shortcut for the residents on their way to highway 6. Also, this is a home to fortune 500 company, Stryker Corp. which has its Canadian headquarters here. For sure one of the most interesting places among the best Hamilton neighborhoods for low-income apartments. Waterdown can easily become the number one choice when moving to Hamilton. Therefore, raising a family in an affordable, quiet and healthy neighborhood is what you might need.

In conclusion, now you know much more about marvelous Hamilton city. Hopefully, this article will make it easier for you to choose one of the best Hamilton neighborhoods for low-income apartments. Whatever your choice might be, one is certain. A healthy environment rich with history is giving you a promise of a bright future. Your future. Good luck!