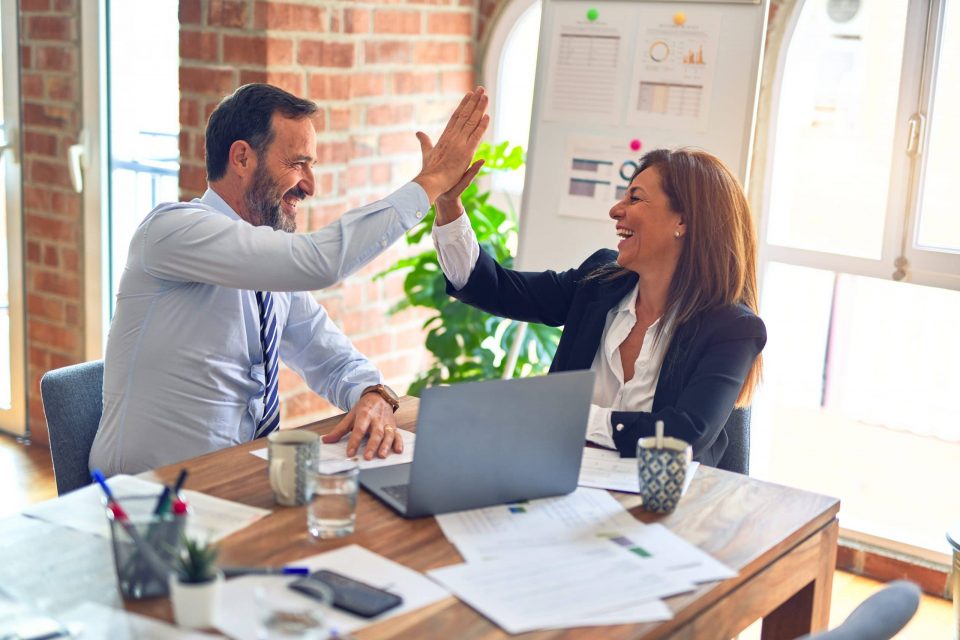 Canada is actually one of the best countries for business. If you compare it to its only neighbor, business-related perks are countless. For example, the national average corporate tax in the United States is 21% while in Canada is only 15%. In addition to this, hang on that excels in trade freedom comment low corruption comment investor protection, minimal red tape, and already mentioned low corporate tax rates. It is not surprising that many people are moving to or within Canada with Number 1 Movers. However, you need to choose where you want to start your business. Canada is a huge country with countless cities. For this reason, here are the best cities for young entrepreneurs in Canada.

One of the best-known cities in Canada would be Toronto. Not only this, but the city is also popular for being the most diverse city in the world. This means it is open to foreign nationals who are looking to start their business here. Additionally, Toronto is Canada’s largest city so it also serves as a financial, commercial, industrial, and tech center. These are not all the benefits of starting a business in Toronto. It has a lower cost of R&D and government-sponsored refunds on investment. If you’re looking to open a business that deals with technology, then you should check out the Ontario Network of Entrepreneurs. They are supporting over 5500 small businesses across the province. If you are interested in moving to Toronto, then you should hire local movers Toronto on time. After all, the city is one of the best for startups and young entrepreneurs.

Vaughan is the next city to consider.

Vaughan is a very modern city in Canada. It has a growing market and a business-friendly government which is extremely important for young entrepreneurs. In addition to this, it has a healthy balance of taxes, reasonable costs, and regulations for its residents and business owners. The city is also very willing to help its economic growth by attracting investment. This is especially noticeable when it comes to infrastructure and city buildings. The most popular areas for investment would be highways, health services, rapid transit, etc. Furthermore, it is fairly easy to reach Toronto since Vaughan has three rapid transit subway stations. If you already have a business idea, then you should hire movers Vaughan ON as soon as possible. it can be quite challenging to organize a relocation as well. For this reason, give yourself time to prepare for your relocation and also set up your company.

Only a short drive West of Toronto, Milton is perfect for business. In addition to this, Milton is quickly becoming one of Canada’s fastest-growing cities. In the past, Milton was usually overlooked since it is small when compared to Toronto. However, the government decided to make the city a great place for new business ideas and ventures. As mentioned, it is important to consider taxes when looking for a city to start your business. The commercial property tax is only 1.7 % in Milton. Furthermore, you can also visit the Milton education village Innovation Center where all the young entrepreneurs can get help for starting their businesses. Also, you can receive education and assistance from professionals in order to start your business. As you can see, there are plenty of reasons to hire movers Milton for your relocation so you can start your business as soon as possible.

Oshawa is another city with a promising market. First of all, the city itself and the Business Advisory Center Durham have partnered with the My Main Street Local Business Accelerator to help out small businesses. There are many reasons behind it, mostly because of the pandemic. In addition to this, the program is also using federal funding. You can see if you are eligible to apply and get financial aid from this program. Its main focus is on creating and maintaining local main street businesses, new entrepreneurs, and existing businesses with economic opportunities. As you can see, if you wish to move here with movers Oshawa, you should find a place on Main Street or in the downtown area. The downtown area is where the economy is the best in the city. The downtown area is a cultural, financial, and most popular center in the city.

Kitchener is yet another city on this list that supports small businesses. In fact, small businesses make huge contributions to the city’s economy. Therefore, the city is actively supporting all the entrepreneurs and the economic development of their community. If you’re interested in moving here with movers Kitchener, you should consider the most popular industries. This would include digital media, restaurants, clean technology, retail, arts, and culture. In addition to this, Kitchener is home to a lot of young talents. If you are starting your business, you will need to find hardworking and valuable employees. The city is also supporting the development, retraining, and recruitment of talented workers. This is not everything. But there are many resources that you can use to start your business. Some of them would include Waterloo Region Small Business Center, grants and financial incentives, business events calendar, and youth enterprise ship programs.

Hamilton is the next city you should consider

You can easily find the best movers in Hamilton Ontario if you’re interested in moving to Hamilton. First of all, Hamilton is located less than an hour’s drive from Toronto. But this is not everything. It is also quite close to five major border crossings with the United States. Therefore, it is one of the fastest-growing cities in Canada. In addition to this, it is located in Canada’s most densely populated and economically advanced regions. This means, that you will have a diverse group of clients from a population that is more than 25% foreign-born. Hamilton also has world-class universities and colleges which means you can easily find highly skilled employees. Not only this, the city itself is quite affordable. It is attracting and retaining the best and brightest young people from all around the country and world. Hamilton is simply perfect for young business owners.

North York is worth your attention

As mentioned before, Toronto is probably the best city for business. Following that logic, its suburbs should also be suitable for small companies. North York is one of the best locations in Toronto. It’s perfect for business and life. In the past, North York used to be a separate city together with Etobicoke, the old city of Toronto, and Scarborough. Over time, these cities merged into one, making Toronto a huge multi-cultural center. Nowadays, North York is a popular place for middle-class and wealthy people. In addition to this, it is an important business area in the city. There is one big advantage, North York is a place with a large number of events and festivals. This is perfect if you plan to sell products or services to people. Therefore, hire your North York movers today and open your company as soon as possible.

Another city to consider is Etobicoke

Similar to the previous city, Etobicoke is on the West End of Toronto. It used to be a city but now it is an administrative suburb district of Toronto. It has a population of around 360,000 people. You can join this large group of people living here by hiring movers Etobicoke. The benefits of living in this city would include affordable housing and picturesque surroundings. Additionally, because if it’s a large population, you will have many opportunities to expand your business.

Etobicoke has a rather distinguishing urban landscape and it is highly industrialized. Therefore, you will have no problem finding highly skilled employees for your small business. This city is also quite popular for foreign nationals. You will be able to feel the spirit of multiculturalism all around the city from restaurants, shops, offices, and someone. Therefore, if you are a foreign national, do not hesitate to move to Etobicoke.

Markham is also a city you should consider if you want to start a business in Canada. The city’s population is a little bit over 350,000 people. It is the largest city in the York region. It is also the seventh most popular city in Ontario. Since it is quite popular to move here with movers Markham ON, many believe that by 2031, the population will reach the number of 420,000. There is a good reason why so many people are interested in Markham. First of all, there are more than 10,400 companies in the city.

More than 400 Canadian head offices are also located here. In addition to this, there are over 1000 technology and life science companies that employ over 38,000 people. Since you are interested to start your own business, you can receive a lot of support from the local government. For example, contact the Markham Convergence Center.

Montreal is also great for business

Montreal is usually highly rated as one of the top 20 startup ecosystems not only in Canada but in the entire world. This should give you a fairly good idea about the city itself. In addition to this, Montreal has a tight-knit community that supports new businesses. They organize events like Startupfest and incubators like Notman House and Montreal NewTech, just to name a few. Apart from this, the venture capital activity in the city surpassed all the other cities because it raised 4.4 billion Canadian dollars. This large influx of capital and all the support is because the city is becoming a world center in artificial intelligence. If your company wants to invest in artificial intelligence, Montreal is a good city for you. Lastly, the real estate market is affordable and quite attractive for young entrepreneurs. On the other hand, the standard of living is pretty high.

Canada has a lot of cities that are perfect for young entrepreneurs. The following cities are also suitable for young professionals.

The best and last cities for young entrepreneurs in Canada

Kelowna is usually considered one of the best cities for young entrepreneurs in Canada. There has been recent economic growth, especially for technological startups. Then, Grande Prairie has the local government that helps small businesses by offering a $10,000 grant. High River is one of the most protected cities in Canada. There are more than 1000 unique businesses in the city including fashion, restaurants, coffee shops, and so on. You cannot go without mentioning Vancouver. This city is home to a large number of video games studios in the entire world. The other popular sectors would include carbon finance and investment, alternative energy resources, green building, and Environmental Protection. In addition to this, Waterloo has the highest startup density of any region in the world together with Silicon Valley. This is due to the University of Waterloo and its worth-class engineering program.

Prev Who’s Moving Into and Out of Toronto
Next Top 10 Cities To Live In Canada 2022
Loading Comments...